Behind the scenes: Appointment with Niklas Süle 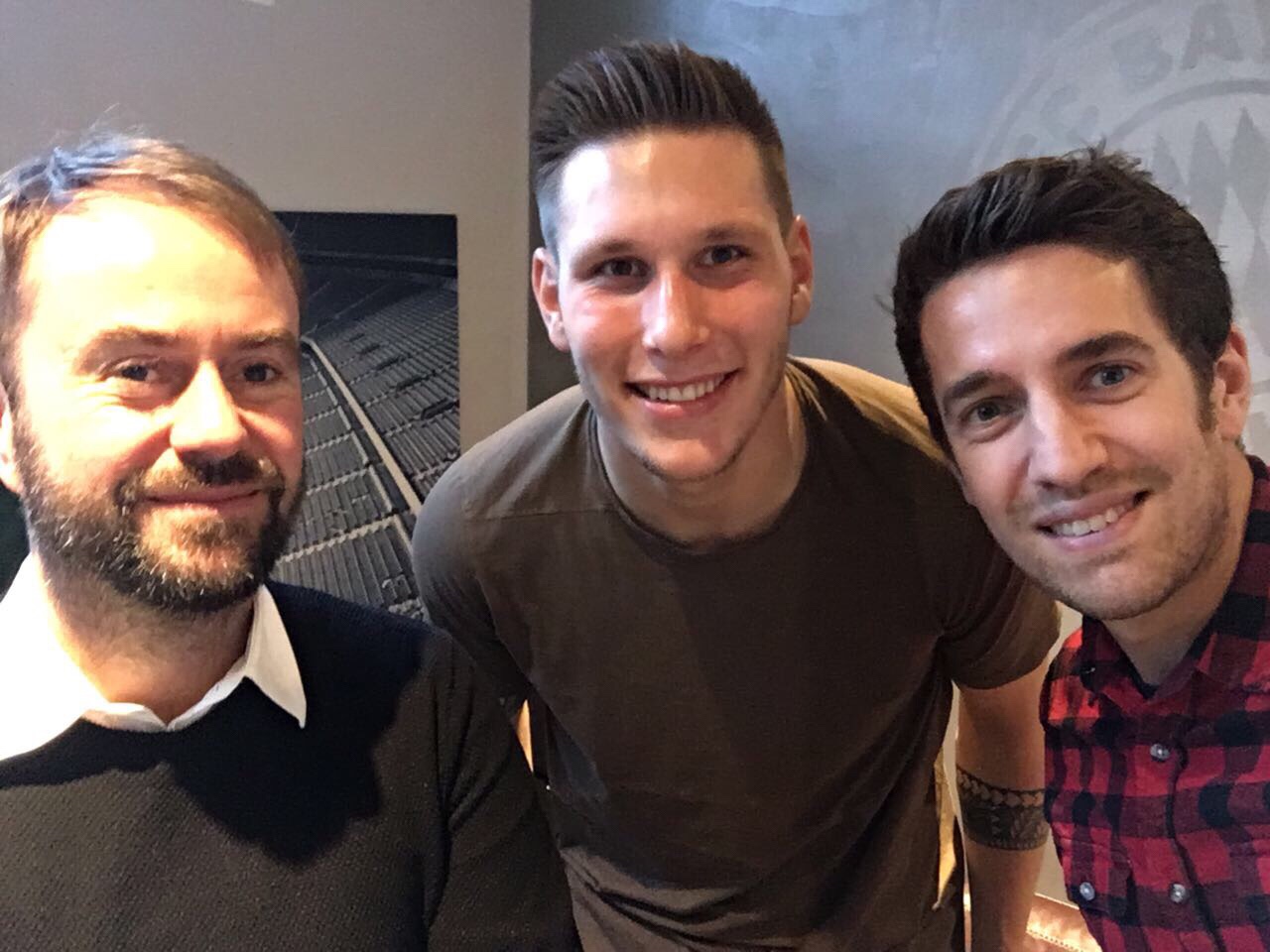 05 Feb Behind the scenes: Appointment with Niklas Süle

Posted at 11:31h in FC Bayern Munich by cfbayern

Niklas Süle is a massive unit or maybe better still a bear of a man. When I watch Süle playing, he always reminds me of Balu from Jungle Book who always reaches his goals with “bear necessities.” The only difference is that “Balu Süle” is faster, much faster, but both are huge. At the Confed Cup in Russia I got to know him for the first time and straight from the start we hit it off. At our first meeting, the 21-year-old Sule admitted that he probably ate too many hamburgers and pizza while on holiday. But that’s the way it is: “I am a bon vivant,” he said. You rarely hear such honest words from a young professional these days.

Süle is just wearing a t-shirt when he comes in to a cold interview room. All the other rooms are busy and the backup rooms aren’t heated at all. “Don’t you want to put on a jacket? We don’t want you to catch a cold”, I ask before adding: “Don’t worry, our questions will soon heat up the room.” To be honest, I am quite worried that the defender will start sniffing – but Niklas soon wipes away my worries. When I see him in the t-shirt a question comes up which I have wanted to ask him since the Confed Cup last summer. At the team HQ a photographer took a picture when Süle was topless. Even his team colleagues smiled when they saw the picture and his little pot belly. I ask him if he has seen the picture yet? If yes, does he like it?

Süle could get mad but he laughs. Of course, he has seen the picture. A lot of people have sent it. If it would upset him he would have worn a t-shirt, he says. He still doesn’t have a six-pack stomach and is never going to have a body like Robert Lewandowski. Süle makes it clear that no one in the dressing room calls him “fatty” and as long as this is the case he is not worried about it. “I think my body is okay,” he says relaxed. His weight is officially 97 kg he’s a strong guy. We interrupt the interview topic and start talking about his physique.

He knows that he isn’t Usain Bolt, but he is sure that he is fast. Aged 10, he trained in the athletics team on the 50m sprint. Like every talented youngster he had to decide and of course he chose football. And again, at the start of his career it was his physique that everybody noticed. “I was 1.88 meters tall when I played in the U15 and when I was in the U19, I was 1.93m tall”, Süle said, who is now 1.95 meters tall. In most cases, Süle was physically superior over his opponents. That’s why many people said: “Now, he is better, but he is only better because he bigger! Someday, this will not be enough! “This is what he had to hear during his entire youth career. “I am happy to prove all of those people wrong,“ Süle says with satisfaction.

There is a similarity between Lewandowski and Süle, which has nothing to do with the six-pack stomach. As a youngster, Süle played as a striker for a long time. Coach Xaver Zembrod turned Süle into a defender at Hoffenheim. “I was playing in the U15, but he took me to the U17. It didn’t matter which position I played, it was just something special to be part of the U17 squad“, Süle recalls. From that moment on, he played only a defender. “Luckily! I don’t know if I would be as good as Lewy, so I think it’s better that I became a defender.”

Remember he was even leading the scoring charts against Lewandowski after scoring his head on matchday one. “Lewy” caught up by scoring a penalty 44 minutes later, but in size and weight “Balu Süle“ is leading the way.