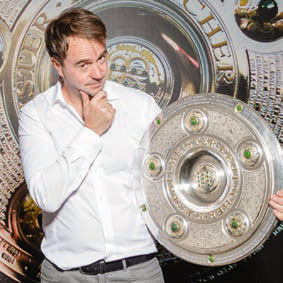 Christian Falk gained his first experience as a sports journalist at the Munich newspaper “tz”, first as an intern, volunteer, editor and later as chief reporter. He has been reporting on FC Bayern since 2000, and has accompanied the German national team to all tournaments since the 2004 European Championship.

Today, Christian Falk works as the head of football at the BILD Group, is responsible for reporting on FC Bayern and acts as team leader of the national team reporters.