The Breaking-News of Heynckes 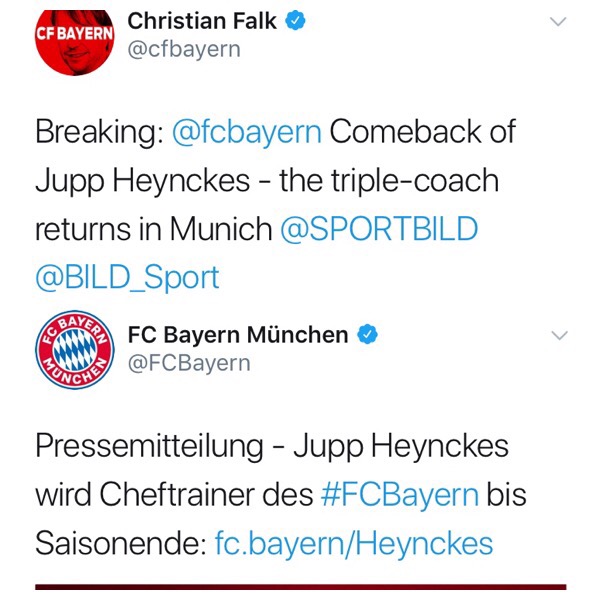 07 Oct The Breaking-News of Heynckes

Posted at 13:13h in General by cfbayern

On Thursday, at 11:03 pm, we reported exclusively: Jupp Heynckes comes back to FC Bayern! 41 Hours later the club confirmed what we said. Everything will start on Monday …

But up to that confirmation there was doubt among some fans. In such times Journalists have to remain quiet and wait. I know that

In March 2011 we telexed such news into the football world, too. I heared about a meeting of the Bayern bosses, Rummenigge und Hoeneß, in Henyckes‘s house in the Schwalmtal, the only difference was that the accompanying sport director was Christian Nerlinger instead Hasan Salihamidzic. Bayern needed a replacement for the kicked Louis Van Gaal. 2011 we could proof that with a picture which showed the men at Heynckes’s „House of Cats“ how he calls it. That was the cornerstone for Heynckes’s third period at Bayern Munich.

After our report about that it took two weeks until Bayern officially announced it. That time they were faster.