This is the Chance to retrieve Oliver Kahn to FC Bayern 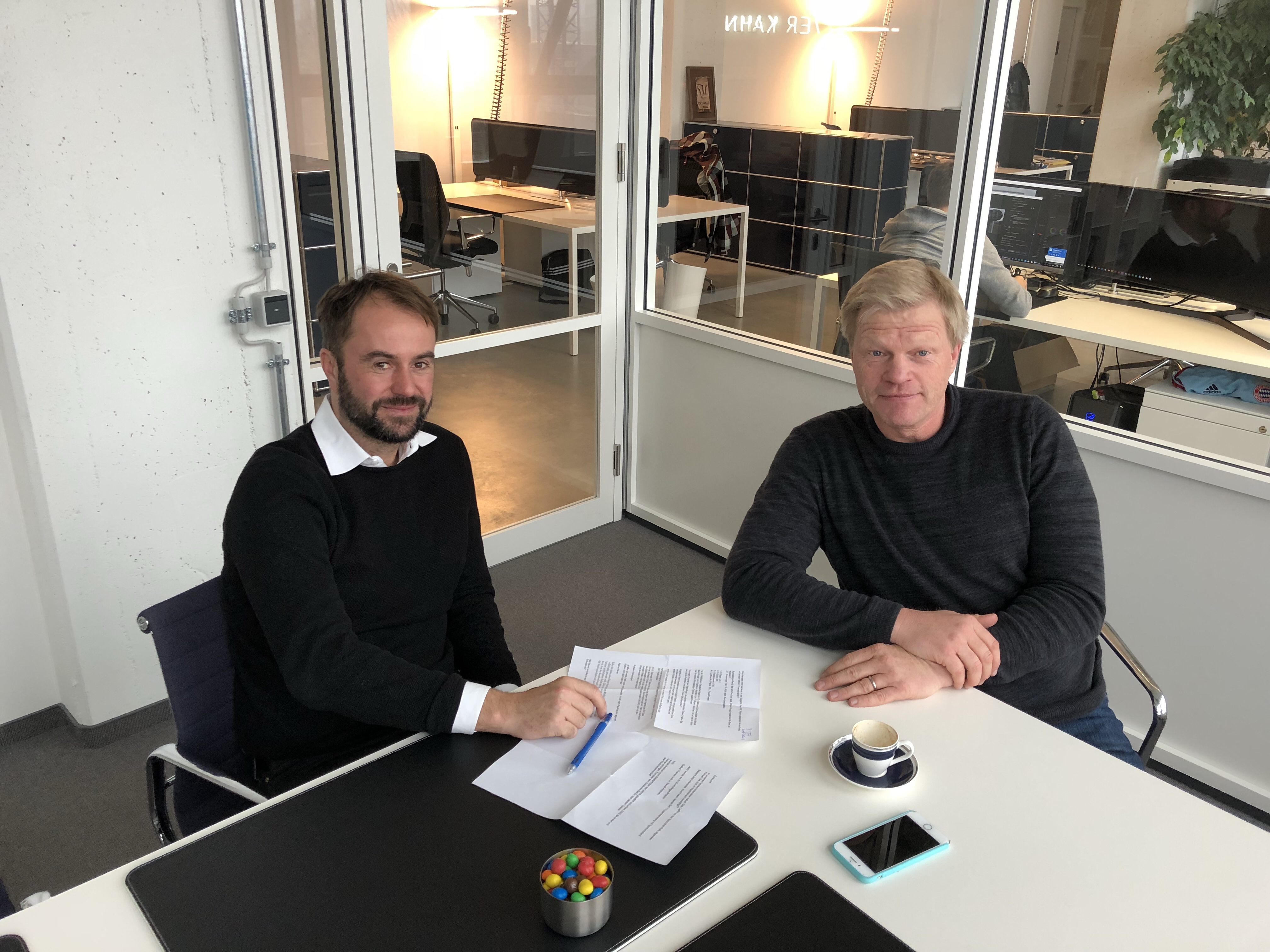 Posted at 11:03h in FC Bayern Munich by cfbayern

The nameplate is so simple that it’s hard to see it at the first look. But therefore the name on the plate is a powerful one: “Titaneon AG“ – the new titan. An agency designed it for Oliver Kahns office at Munichs eastern train-station. The old and the new titan furnished his loft-office, with a view of the building site of the new philarmonia – very nice. Like in every other startup, Kahn does not have his own office. The boss has his place at one of the tables where four persons can work, equal to his employees. Noone has to bring him his coffee, he stands up for it. Behind the machine is shining writing which says: “Oliver Kahn Titan“.

Kahn welcomes me for an interview, for our Sport-Bild-series about Bundesligas 500-club (current edition). With his 557 matches, the former goalkeeper finds himself on the list for the most Bundesliga-matches at 3rd place. We’re talking a lot about the development of the goalkeepers way of play – crazy training sessions with Sepp Maier and of course about Manuel Neuer. At last we discuss the current situation of FC Bayern. 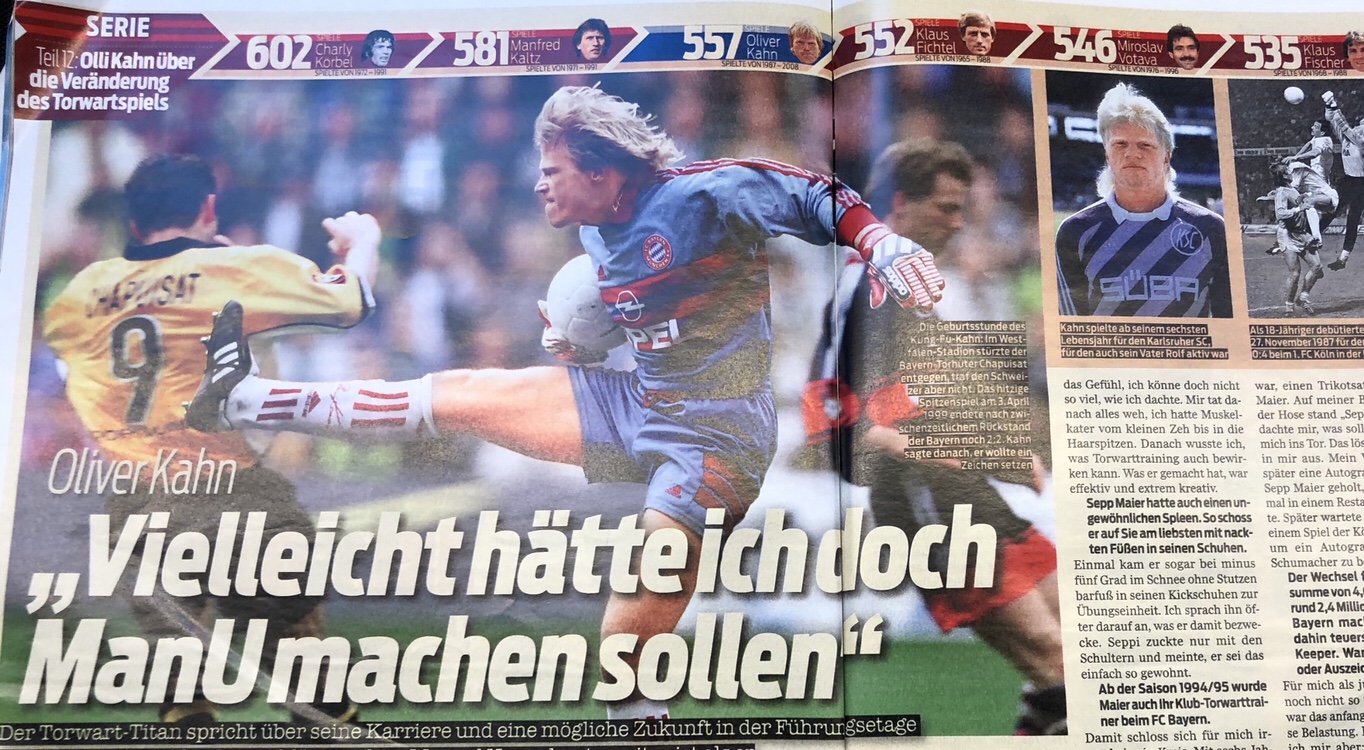 It’s my last question which I ask him always when he sees us. I asked Uli Hoeneß, President of Bayern, the same question. He answered: “He don’t want to.“ Nevertheless I ask Kahn again, would you come back to Bayern in leading position? The answer was surprising: “It depends on the job I would get.“

It is the first time that Kahn shows willigness to come back to the club. Like always, he says that he’s very busy with his project, but his statement is clear and later he authorised it: It depends on the job I would get!

A job as sports-director was never an option for him. Unlike Hasan Salihamidzic, the three times worlds best goalkeeper has some experiences in managing. 2011 he finished college with a degree as “Master of Business Administrator“. The last year was the most successful one for Kahns startup “Goalplay“. A place in the managing committee is a basic condition for Philipp Lahm, if he should start in the management. Lahm has started to collect some experiences in management outside of football. Oliver Kahn does not see himself in a role as officer of sports. He could have had that position four years ago.

As long as CEO Karl-Heinz Rummenigge and president Uli Hoeneß keep the horse running by just talking to each other, there will not be a place for Oliver Kahn because he wouldn’t have any areas where he could work how he wants to work. But as someone who advises the big bosses and helps them with his experiences he could play an important role with further responsibilities available in the future. As you see, it depends on the tasks he gets. A place in the directorate would give him those tasks.

The nine-head-committee comes together just four times a year so Kahn would have enough time for his own projects. But the committee still has a big importance: Every transfer which is worth more than 25million € needs the “Ok“ from the directorate. Kahns opinion would have a big influence on the development of the club and of the team. If Rummenigge and Hoeneß ever should come to the idea to give the responsibility to the next generation, Kahn would be a candidate for an active role.

Kahn would get financial compensation, too. All in all a member of the directorate gets 450.000 € per year.